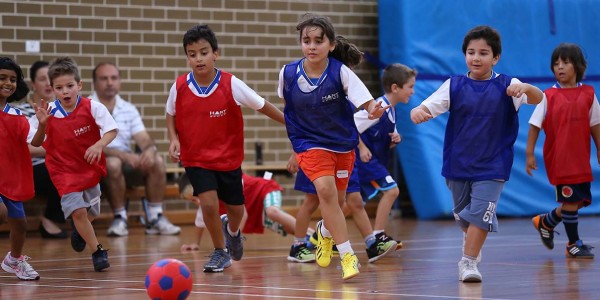 The subjects we debate from day to day are many and varied but one that often rears its head in relation to young children is that of competition in schools and in particular of late, competitive sports.

Participating in sports activities in school is clearly a positive thing from a health point of view and most children are naturally competitive; it’s human nature to want to do well and hopefully win at whatever it is you are doing. The majority of children love running around and playing sports – and competing – but there are, of course, youngsters who just aren’t that way inclined and have no real interest in taking part in sports.

But life itself is competitive so like it or not children do need to learn about competing and how it feels to win and lose. Being involved in sport is one way of doing so, but for those who aren’t athletically minded maybe schools should offer some form of competition in other areas too. Activities like spelling bees, maths rallies, art events and ‘best dressed’ at the school disco all offer alternative forms of competition away from sports that still teach children about the competitive side of life and allow those who are less athletic to shine in other ways.

Competitive sport in particular, though, is a great way of encouraging kids to compete against themselves to be the best they can and work towards personal goals. As well as being good for your health, if it’s taught in the right way sport in school encourages youngsters to continue to be active all their lives. And just because a child isn’t good at one sport it doesn’t mean to say they won’t be good at another, so the chances are everyone can be included and can find a sporting activity they have a chance of being okay at and enjoy.

Competition is inherent in sports. If you have two teams going up against each other then the whole point of the exercise (pardon the pun!) is to try and win. Okay, it’s meant to be fun too, but both teams will want to win. But at least when children are involved as part of a team, if they are on the losing side, then any disappointment is shared which, certainly for the very young, has to be a good way of learning how to cope with such a situation and how to support one another.

Competitive sports also allow those children who may not do so well academically to achieve elsewhere. This is a key point as no matter how much some children try in class, it may be that for whatever reasons, they just aren’t good on that side of things. Doing well at a sport and being rewarded for it by doing well or actually winning shows them another side to themselves.

Today’s modern life can be tough and the world is a very competitive place. It can only make sense that children learn about success and failure from a young age as we all have to deal with both at some point. Competitive sports and other activities in school is one way of doing so.