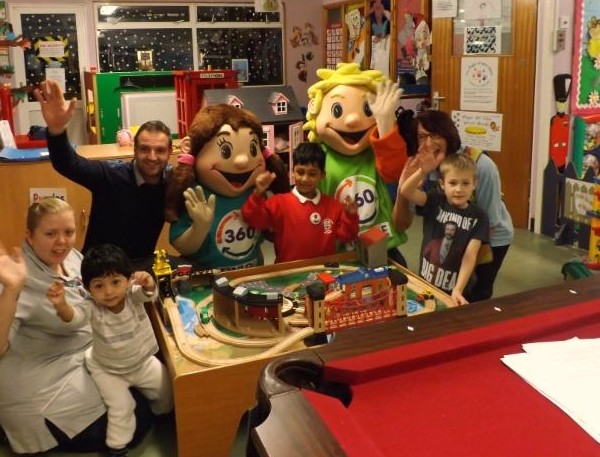 ‘The Magic of Play Appeal‘

is our Customer’s chosen Charity for the next 12 months!!

The Magic of Play Appeal aims to raise £250,000 to build and equip a new playroom on the Children’s Unit at the Lister hospital in Stevenage. The current playroom, a 25 year old portakabin, is no longer suitable to meet the complex needs of the sick children and young people the organisation cares for. The new, larger playroom will include a dedicated area for children with cancer, a space designed specifically for teenagers, improved access for wheelchair users and a sensory area for children and young people with learning disabilities.

The Magic of Play Appeal cares for over 3,000 children and young people on the Children’s Unit each year and 360 Play will offer its support to the organisation, which received 83% of the poll vote, for a period of 12 months, with the company helping in a variety of ways.

“It is a great pleasure to be supporting the Magic of Play Appeal during the next 12 months and we look forward to helping the charity in its fundraising activities,” noted 360 Play business development manager Adam Skinner. “The charity was a popular choice in the poll we ran among our members to choose which organisation we’d be supporting and they are clearly hugely passionate about what they do. They deserve all the support they can get and we look forward to working with Zoe, Marilyn and the other members of the team and to providing some new fund raising opportunities which will benefit the organisation.”

Zoe Doherty, Fundraiser for the East & North Herts Hospitals Charity, commented: “We were delighted when we heard that 360 Play in Stevenage had chosen the Magic of Play Appeal to support. The children’s ward at the Lister hospital treats over 3,000 sick children every year and while our play specialists do an amazing job, the playroom is now over 30 years old and in need of repair. With 360 Play’s support we aim to raise £250,000 to build a new playroom which will be much larger, modern in design and will cater for every child we treat. A huge thank you to everyone at 360 Play for choosing our appeal to support.”

>The Magic of Play Appeal

Leicester Charity of the Year 2014/15
Scroll to top