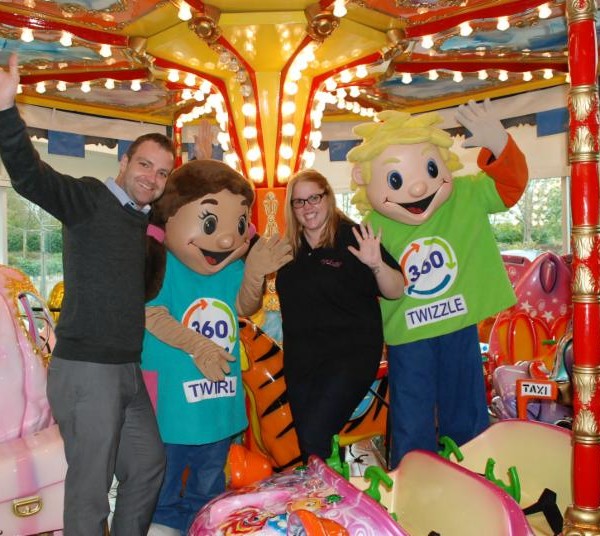 is our Customer’s chosen Charity for the next 12 months!

Emily’s Star was set up in memory of Emily Elizabeth Elmer who was born with Trisomy 18, otherwise known as Edwards Syndrome, and who sadly passed away 26 days after her birth. The charity was set up by Emily’s mother Katie and has a number of objectives. The main activity is to raise funds for the Children with Complex Needs Nurses and families in Milton Keynes, and eventually across the UK, who care for children with life limiting and life threatening illnesses.

Additionally, the charity aims to raise awareness of Trisomy 18 and to provide neonatal boxes – Emily’s gift – to local neonatal units, which include items for both mothers and premature or underweight babies.

360 Play will offer its support to Emily’s Star for a period of 12 months, with the company helping in a variety of ways.

“It is a great pleasure to be supporting Emily’s Star during the next 12 months and we look forward to helping the charity in its fundraising activities,” noted 360 Play business development manager Adam Skinner. “The charity was a popular choice in the poll we ran among our members to choose which organisation we’d be supporting and we look forward to working with Katie and her colleagues and to providing some new fund raising opportunities which will benefit the organisation.”

For the charity, founder Katie Elmer said: “We are absolutely delighted to have been chosen as this year’s charity for 360 Play. To have been nominated and voted for by customers and the people of Milton Keynes means a lot. We are looking forward to the next 12 months of fundraising; having such a big company backing us in 2015 can only bring good things to the babies and children in Milton Keynes that we help and support.”