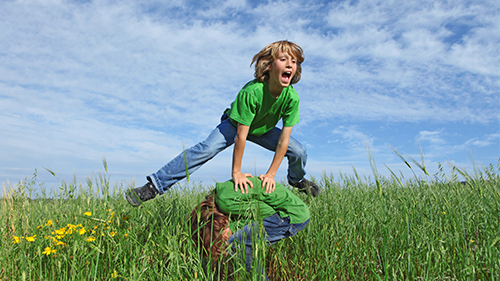 2016 is a leap year and with just under 5 million ‘leaplings’ worldwide, people born on the rare date of 29th February, there will be lots of happy leap day children who can truly celebrate their birthday this year.

Why do we have a leap year?…

The leap years keep everything in sync, most notably the seasons. For example, if we didn’t have them those of us who celebrate Christmas in the winter would eventually end up doing so in the summer. It’s all related to the solar system, but we won’t go into the technicalities of that here. Suffice to say it’s a necessary thing for us to be doing and as noted, keeps everything nicely in sync with the solar year.

Children born on this date find their birthday can have an impact on a variety of every-day things. Firstly parents need to choose when to celebrate their child’s birthday, while for young leapers themselves they are often teased by their peers who wrongly think they only have a birthday every four years. When they are older, it can be as annoying as application forms that require their date of birth to be entered, as some computer services and software programmes still don’t recognise the date.

Many questions arise for parents of leap day babies (On that, a very important point, you must refer to people born this day as leap day babies, not leap year babies. Anyone can be born in a leap year!) Questions like, when will my child become of legal age? How old are they? How do I explain it to them? When should we celebrate their birthday when it’s not a leap year? Of course, for all questions these days there is a virtual answer. We at 360 HQ quite like this website:

It’s also important for parents of leaplings to understand all about leap day. If you take the time to learn as much as possible about it, when your youngsters are old enough to discuss it properly and have things explained to them, it will make it much easier on you as the one doing the explaining. And of course when they get questions asked of them, they will then also know what the right answers are.

This year, 360 Play is helping your leaplings celebrate their special day with a special offer!

We are offering a 50% discount to leaplings who book a party at 360 Play for February 29th.

So if your child was born on this special date, why not let us help them make it especially memorable in 2016 with a fun time at your nearest 360 Play venue.

And just for fun, here are 6 fascinating facts about leap year:

Using tech to have fun and get creative!
Scroll to top